At Cape Fear Arthritis Care, we understand that pain and injuries get in the way of life’s special moments, adventures, and simple pleasures. This is why we offer a different approach to aches and pains by providing combined treatment plans of physical therapy and mineral infusions. These services compliment traditional treatment options to give you the best possible outcome so you can enjoy today.

We are centrally and accessibly located minutes from downtown Wilmington, NC, in Leland at the entrance to the Waterford of the Carolinas home community. Our newly-renovated space – with a modern, comfortable lobby, soothing colors, and a water feature – reflect of our commitment to patient care that delivers the best treatment option while relieving pain and managing patient anxiety. 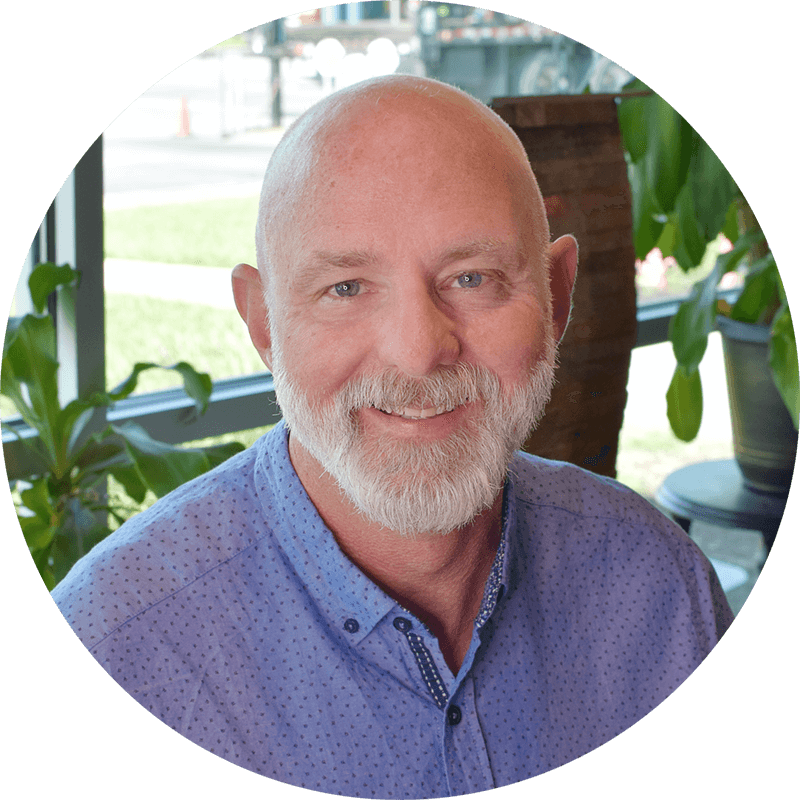 Dr. Snow is a Board Certified Rheumatologist. He received his medical degree from The University of Toledo College of Medicine in 1990, completed Residency in Internal Medicine at Allegheny General Hospital-Western Pennsylvania Hospital in 1993 and Fellowship in Rheumatology at University of Pittsburgh Medical Center 1995. He has been in private practice since.

Dr. Snow has been married to his wife Daphne since 1990. They have three children. He loves to spend time with his family- snowboarding, boating, biking enjoying the outdoors. He is very dedicated to supporting his community, high school athletics, Arthritis Foundation Walk and his church and the church youth group. He is the co-chair of the Greek Festival at St. Nicholas Greek Orthodox Church. In 2013, he was named the Medical Honoree for the Arthritis walk. His professional memberships include American College of Rheumatology (ACR) and North Carolina Rheumatology Association (NCRA), of which he served as treasurer. 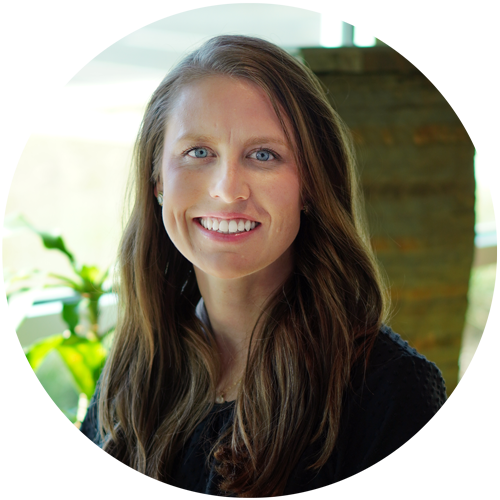 Erika is originally from Michigan. She attended Michigan State University where she was a member of the Honors College and received her Bachelor of Science degree in Biochemistry and Molecular Biology. She then attended the Physician Assistant program at Barry University in Miami Shores, FL where she received her Master of Clinical Medical Science degree. She joined Cape Fear Arthritis Care after previously working in orthopaedic surgery, neurosurgery, and interventional radiology. Outside of work, she enjoys spending time outdoors with her family. 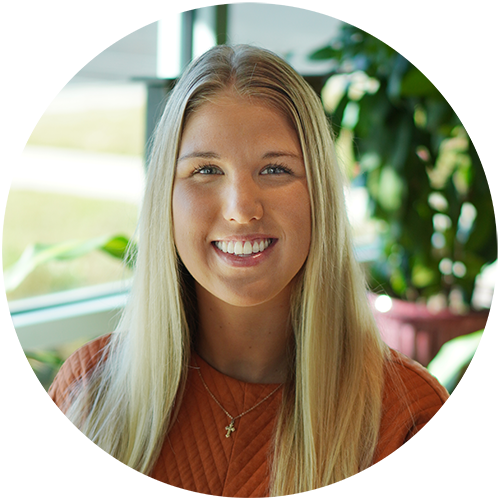 Kirsten Siwy is a certified Physician Assistant, born and raised in Allentown, PA. She attended King’s College in Wilkes-Barre, PA, and received a Bachelor of Science degree in Medical Studies and Biology. She later completed her Physician Assistant degree at King’s College in August 2021. She moved to the Wilmington area in May 2022 and is thrilled to work in the rheumatology field. In her free time, she enjoys spending time with her family and friends. Kirsten also enjoys open water swimming, fishing, camping, skiing and spending time with her cat, Winston. She is a member of the Association of Women in Rheumatology (AWIR). 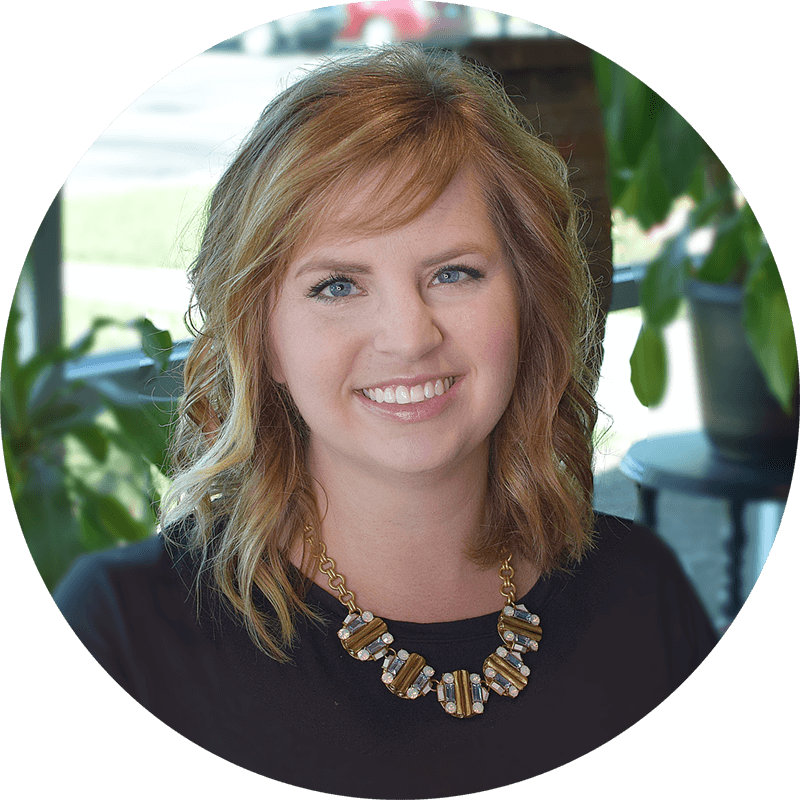 Dr. McClanahan received her Bachelor of Science in Kinesiology with a concentration in Exercise Science from Liberty University in 2010. She received her Doctor of Physical Therapy degree from Lynchburg College in 2013. Her areas of interest include general rheumatologic and orthopedic conditions, fall risk and gait and balance, as well as sports medicine rehabilitation. She also has worked patients with post-concussion symptoms and worked with Liberty University Division 1 Athletics and Club Sports as a part of their Sports Medicine Team. She enjoys home design, DIY, and crafting in her free time along with spending time with her husband, Daniel and son, Owen. 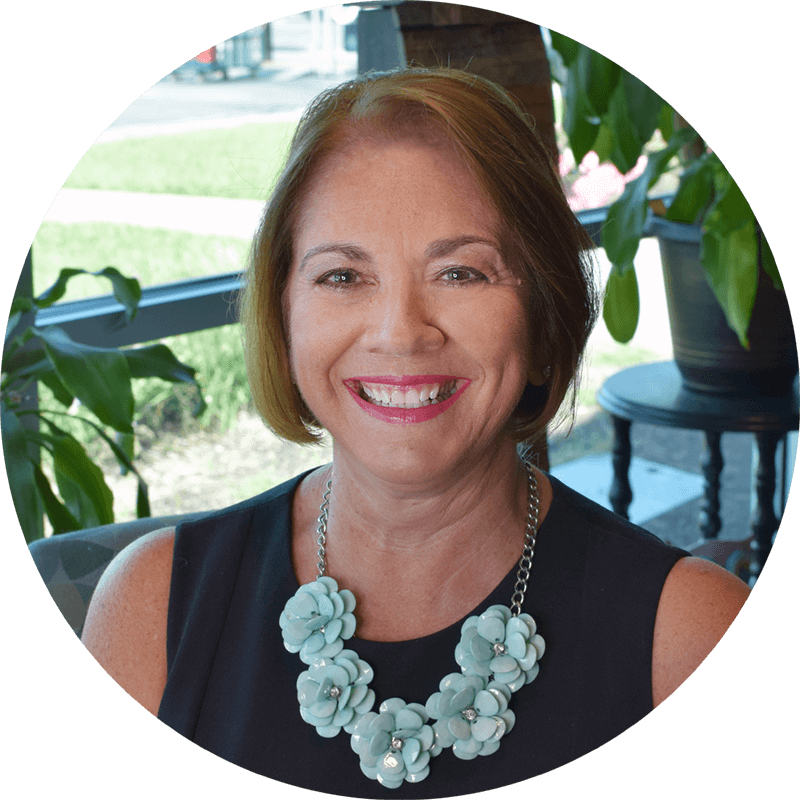 Daphne Snow
Daphne is the proud mother of three children Christopher, Cassie and Connor. She and Dr. Snow have been happily married since 1990. She attended the University of Toledo where she earned a Master of Science in Biomedical Sciences (Anatomy), and Wheaton College (Norton, MA) where she received a degree of Bachelor of Arts. Daphne is very active in her church community of St. Nicholas Greek Orthodox church, she enjoys spending time with her family and friends, taking family trips and lazy weekends. As of 2014 she has enjoyed working with her husband and the Cape Fear Arthritis Care family.
Chief Operating Officer 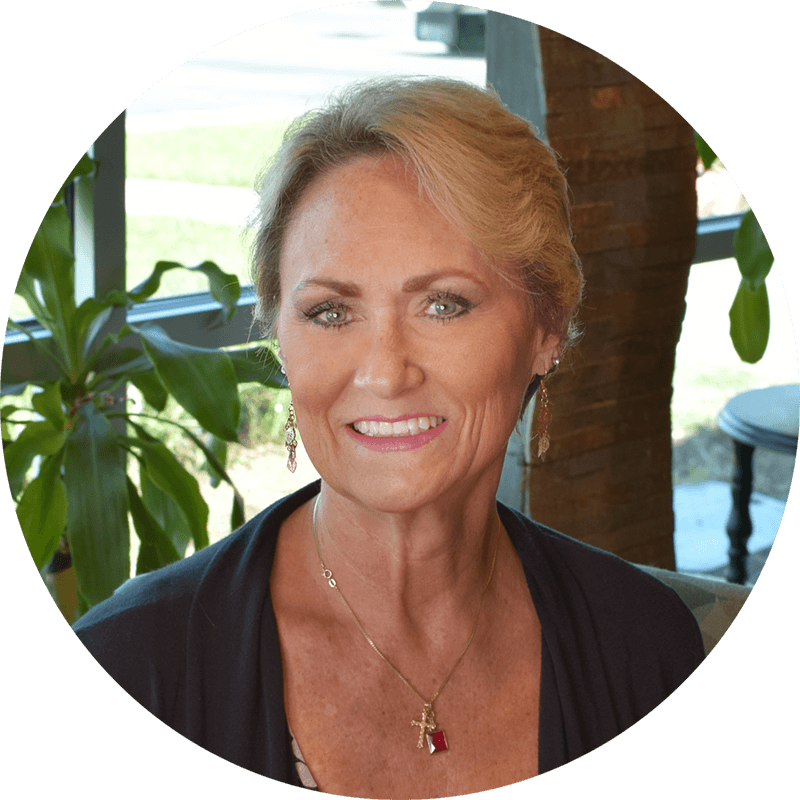 Connie Moscati
The Director of Business Operations for Cape Fear Arthritis Care. She received her B.A. in Economics from the University of Maryland at College Park and has been in the healthcare field since 1987. For the past 20 years, she has worked with major healthcare insurance companies and has been a Medical Practice Administration specialist in the Washington, D.C. metro area and in eastern North Carolina. She received her Certified Professional Coder (CPC) credentials in 2004 and is an experienced biller/coder/auditor in the specialties of Orthopedics, Internal Medicine, Pulmonology, OB/GYN, Physical Therapy and Rheumatology. In her spare time she enjoys singing, going to the beach, mentoring at-risk youth and reading about United States history. She is the proud mother of one son, a graphic designer who created our logo!
Director of Business Operations 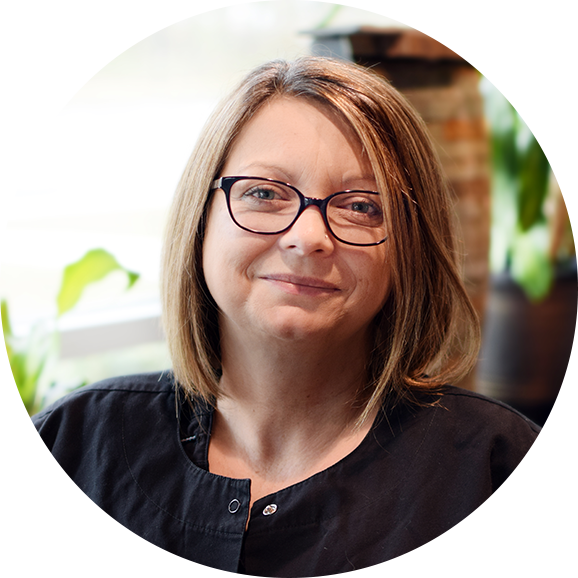 Leslie Carlton
Clinical supervisor for Cape Fear Arthritis Care. She received her Associates of Applied Science degree and Medical Assistant Certification in 1996 from Miller Motte. Leslie has worked with Dr. Snow for 17 years and couldn't imagine working any where else. She is a member of the Rheumatology nurses society. In her free time she enjoys spending time with her family, cooking, reading and vacationing in the mountains.
Infusion Suite Supervisor 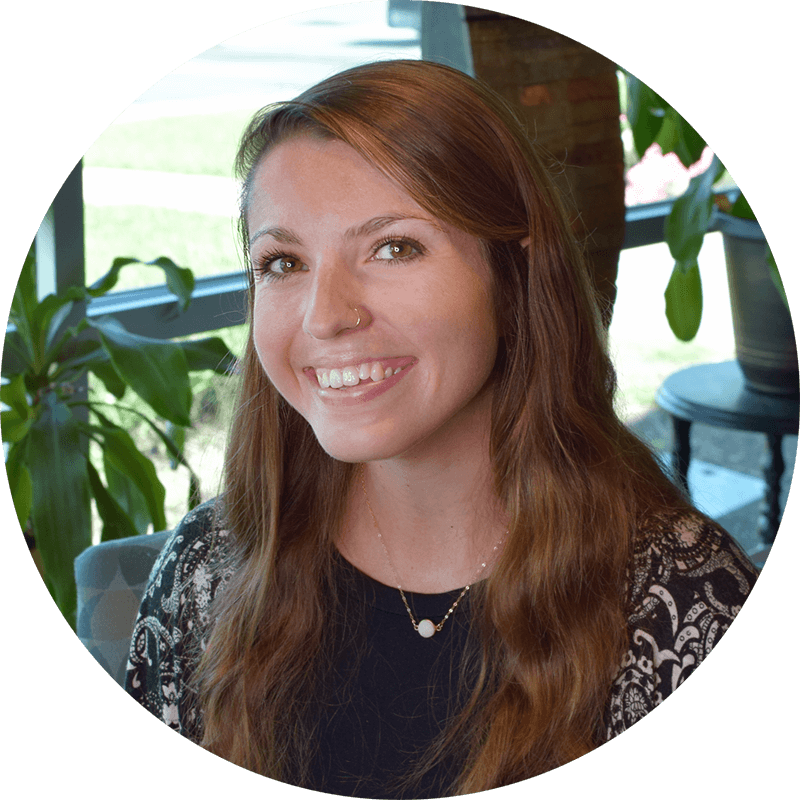 Cassie Snow
Graduated from the University of North Carolina in 2017 with a B.S. in Psychology and a B.A. in Exercise and Sport Science. She is hoping to pursue a Master’s in Public Health, as she is passionate about creating health policies that will promote overall health and well-being in the population. At Cape Fear Arthritis Care, she sits at the front desk and supervises patient relations in the office. In her free time she enjoys traveling, going to the beach, spending time with her pup, Kobe, and reading history novels.
Clinical Research Coordinator 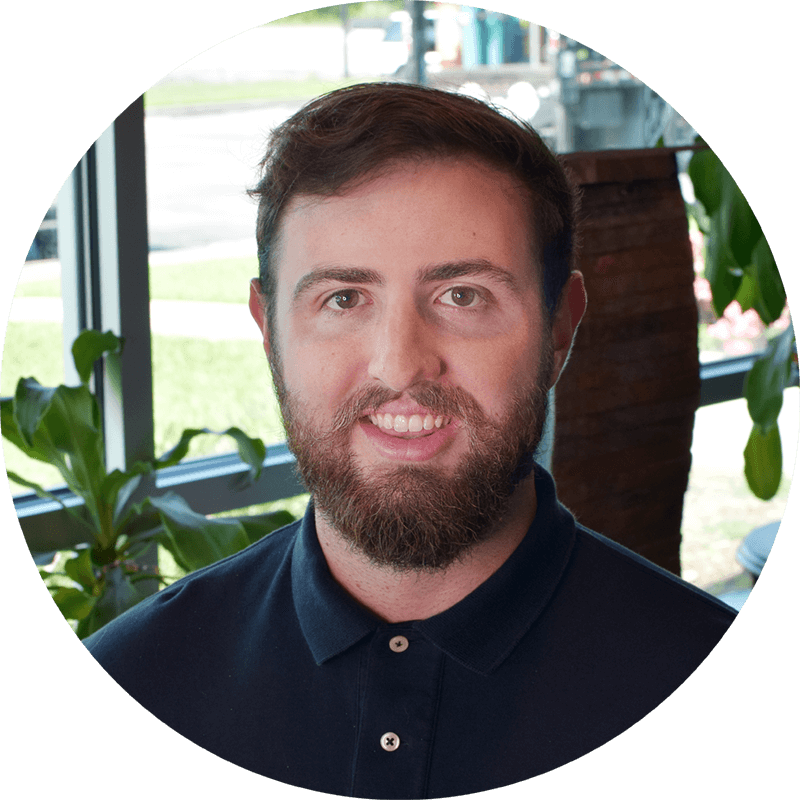 Connor Snow
Currently pursuing a degree in Medical Office Administration at Cape Fear Community College. In the office, he works with insurance companies and consults patient portal needs and overall makes sure that everything runs smoothly for our new patients behind the scenes. During his time at Cape Fear Arthritis Care, he has become passionate about practice administration and hopes to one day become a Practice Administrator. In his free time he enjoys spending time with family and friends, playing video games and board games, snowboarding and surfing.
Administrative Specialist 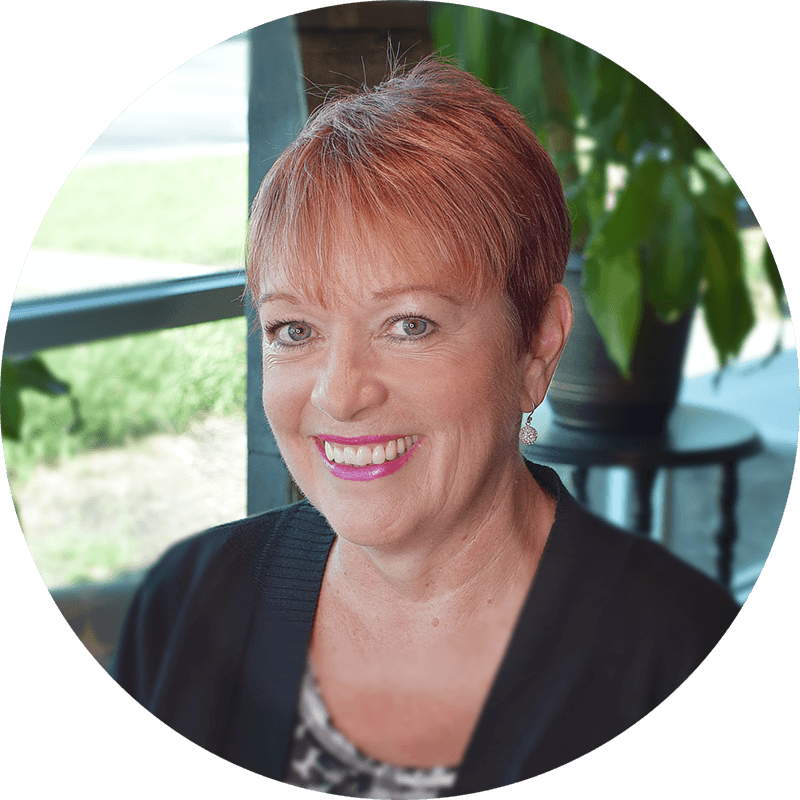 Kathyrn Stemwede
Recently relocated from New York, she spent eight years as an Account Manager for Murphy Healthcare Group, managing and improving profitability at Ambulatory Surgical Centers across the country. She is the reimbursement specialist for Cape Fear Arthritis Care, responsible for all billing and accounts receivable functions of the practice helping patients understand and manage their healthcare costs. Kathryn has several years of experience with medical billing, coding and revenue cycle management. In her free time she enjoys gardening, reading suspense novels and spending time at the beach.
Reimbursement Specialist 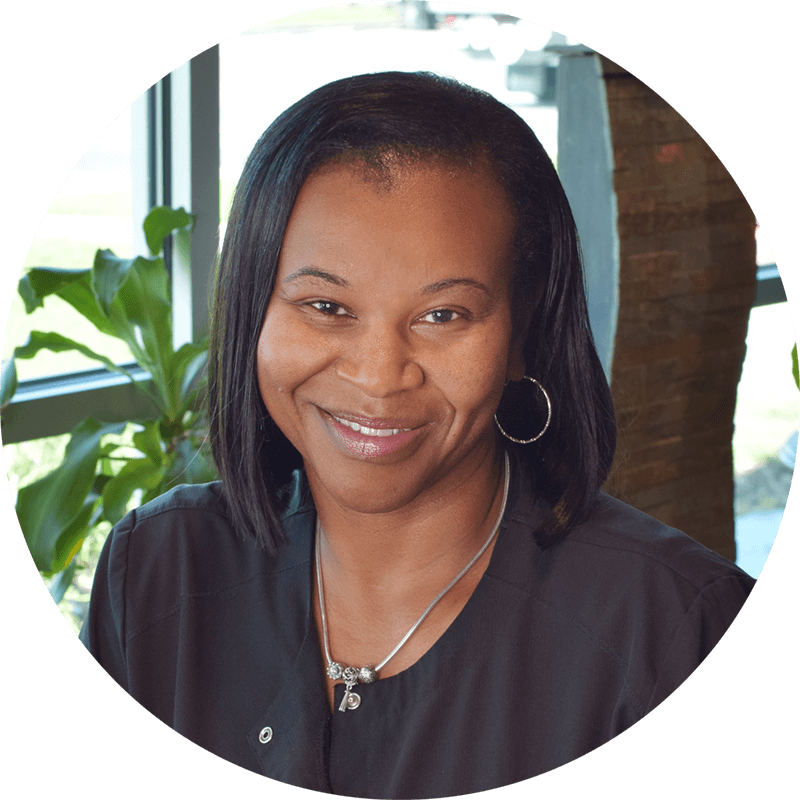 Brenda Lamb
Brenda joined the Cape Fear Arthritis Care Team in January 2019. She has been in the medical field for about 20 years. She received a bachelor's degree from Mount Olive College in Health Care Administration in 2016. In her free time, she enjoys spending time with family and friends. Most of all, she loves shopping. She said the friendly faces at Cape Fear Arthritis have made the transition here a pleasurable experience.
Clinical Supervisor 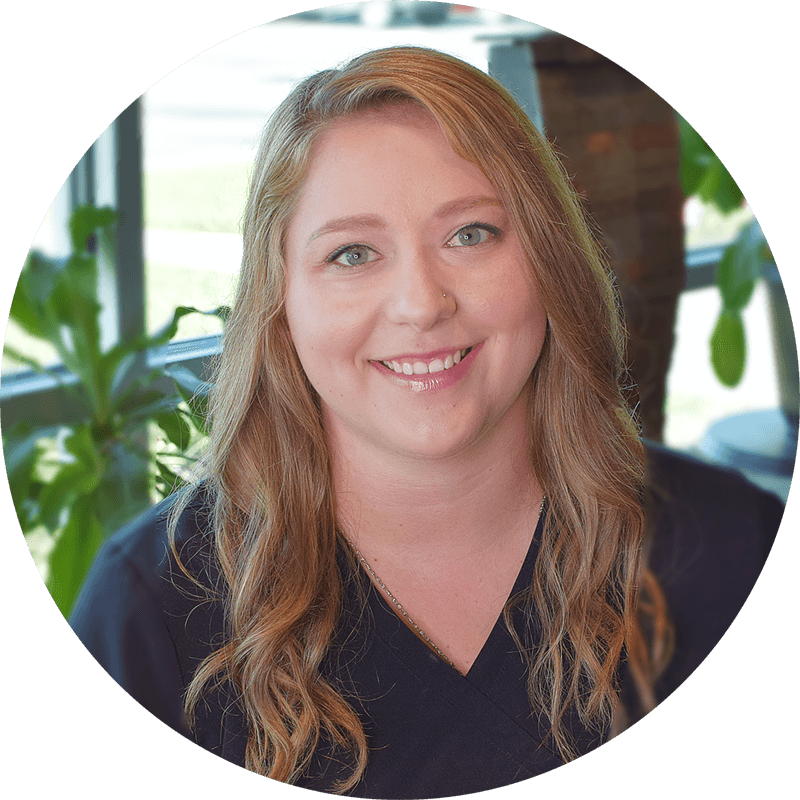 Megan Ann Sheets
As a Registered Diagnostic Medical Sonographer for Cape Fear Arthritis Care, she performs musculoskeletal ultrasounds to help evaluate and diagnose individuals suffering with arthritis and joint discomfort. She has experience performing abdominal, gynecological and vascular ultrasounds. Megan’s passion is to do her work to the best of her ability in order to help improve the lives of others. In her spare time she enjoys competitive outdoor sports/activities, reading, painting and spending time with her fiance and two dogs.
Registered Diagnostic Medical Sonographer (RDMS) 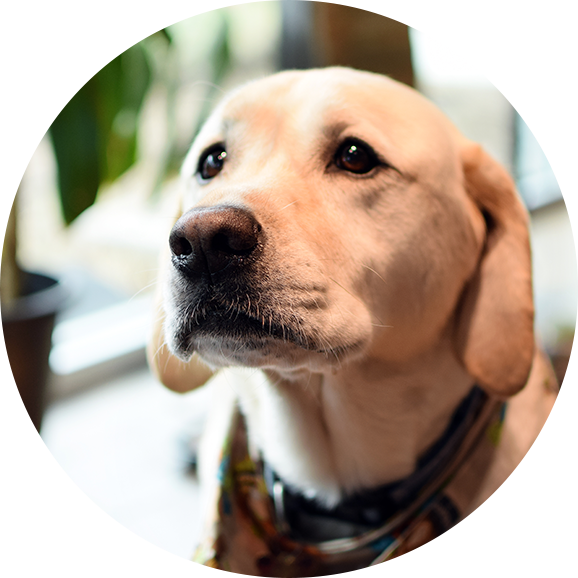 Kobe
A 9 year old yellow lab that is a certified therapy dog and brings joy to the patients in our office. He greets patients at the door, shows off his many toys and begs for belly rubs. He will never fail to make you smile! In his free time he enjoys spending time with his humans, going to the beach and swimming. One of his most impressive talents is seeing how many toys he can fit into his mouth at one time: so far it is 5!
Therapy Dog